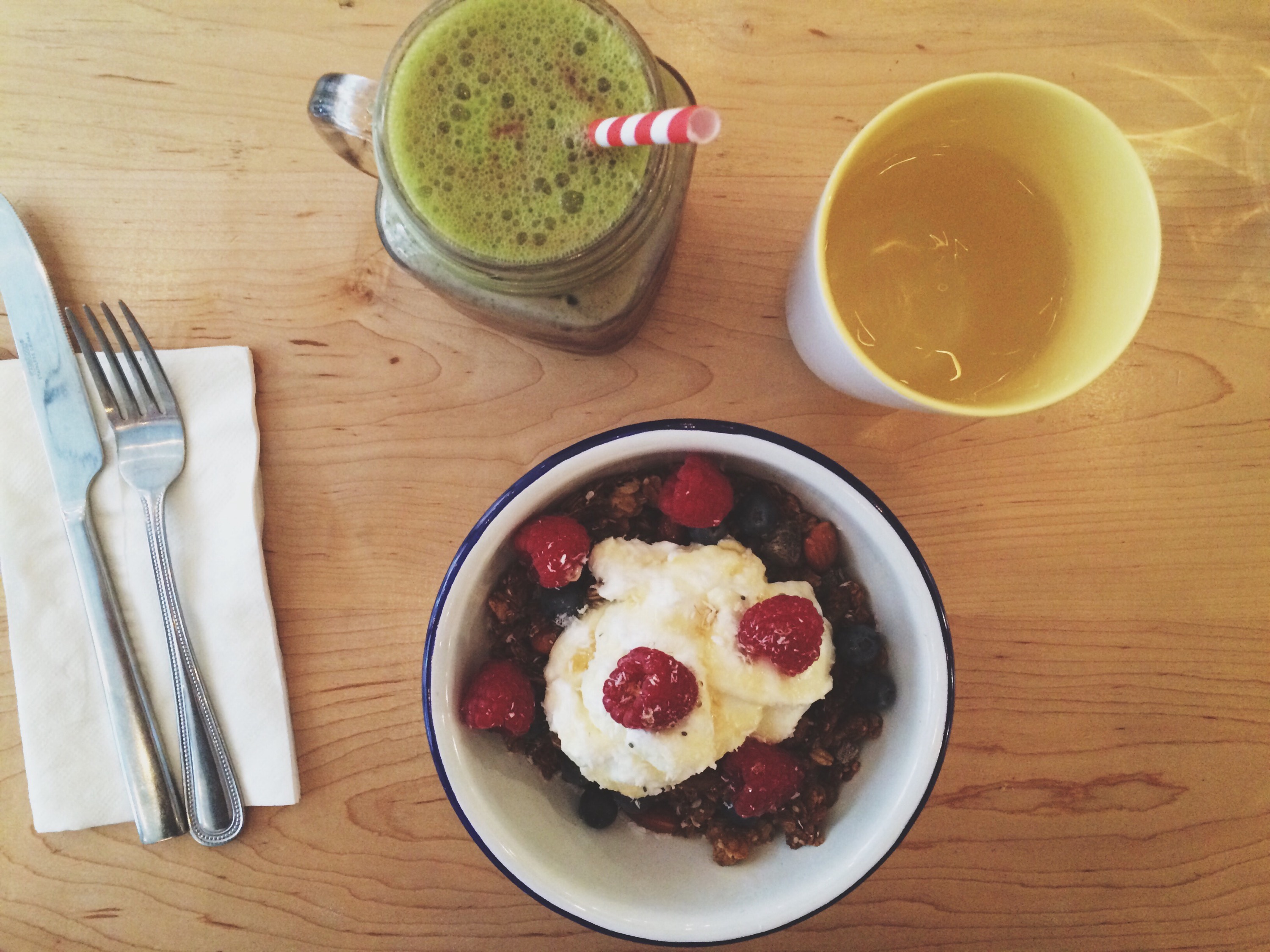 Brooklyn Visual Diary. Breakfast at Two Hands in Lower East Side. Granola bowl with fresh raspberries and blueberries, granola, and greek yogurt and a fresh juice with spinach, carrot, apple, and beets. 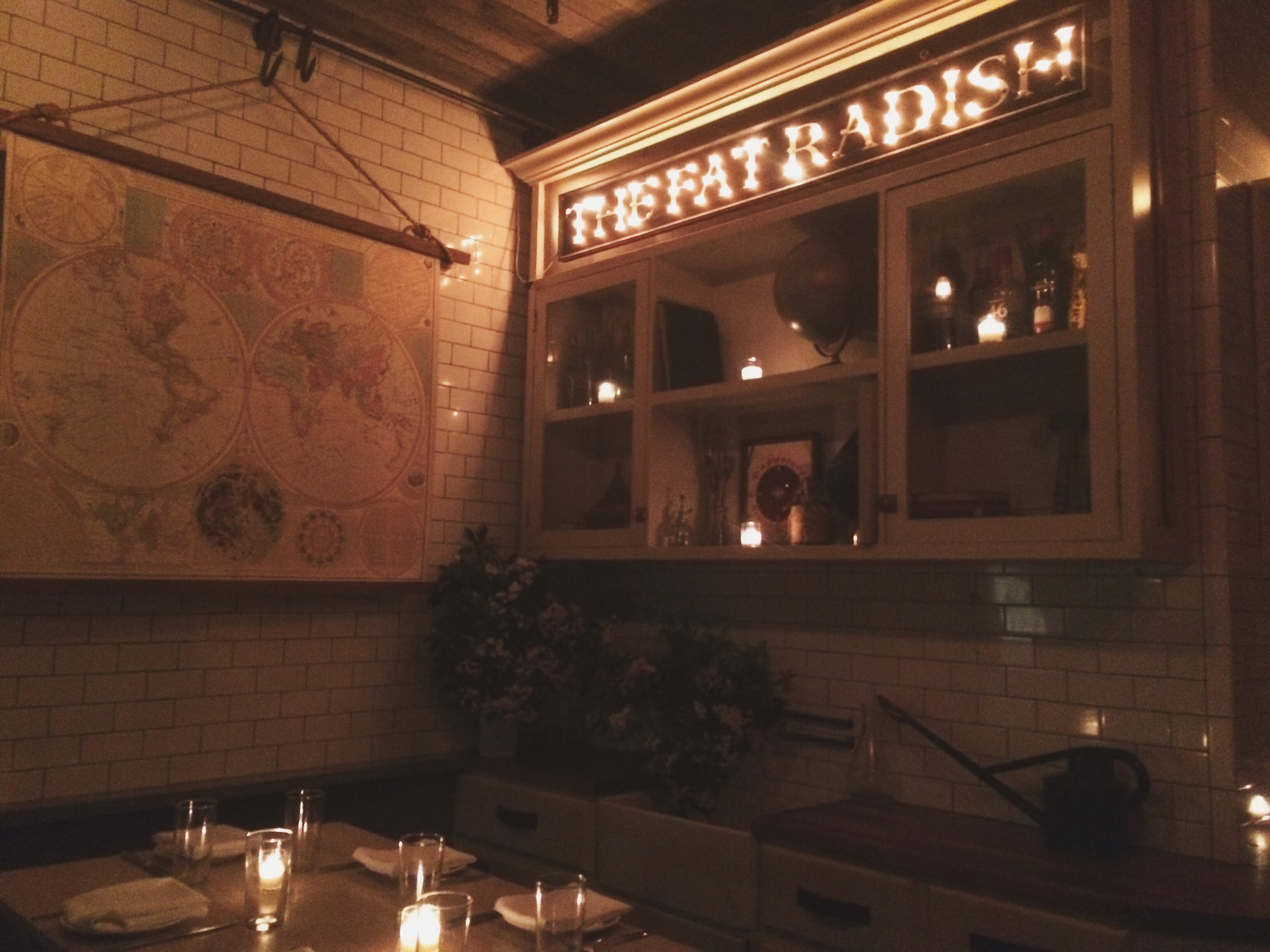 Sunday night dinner at The Fat Radish, a great restaurant with beautiful decor that serves healthy yet creative and yummy food. 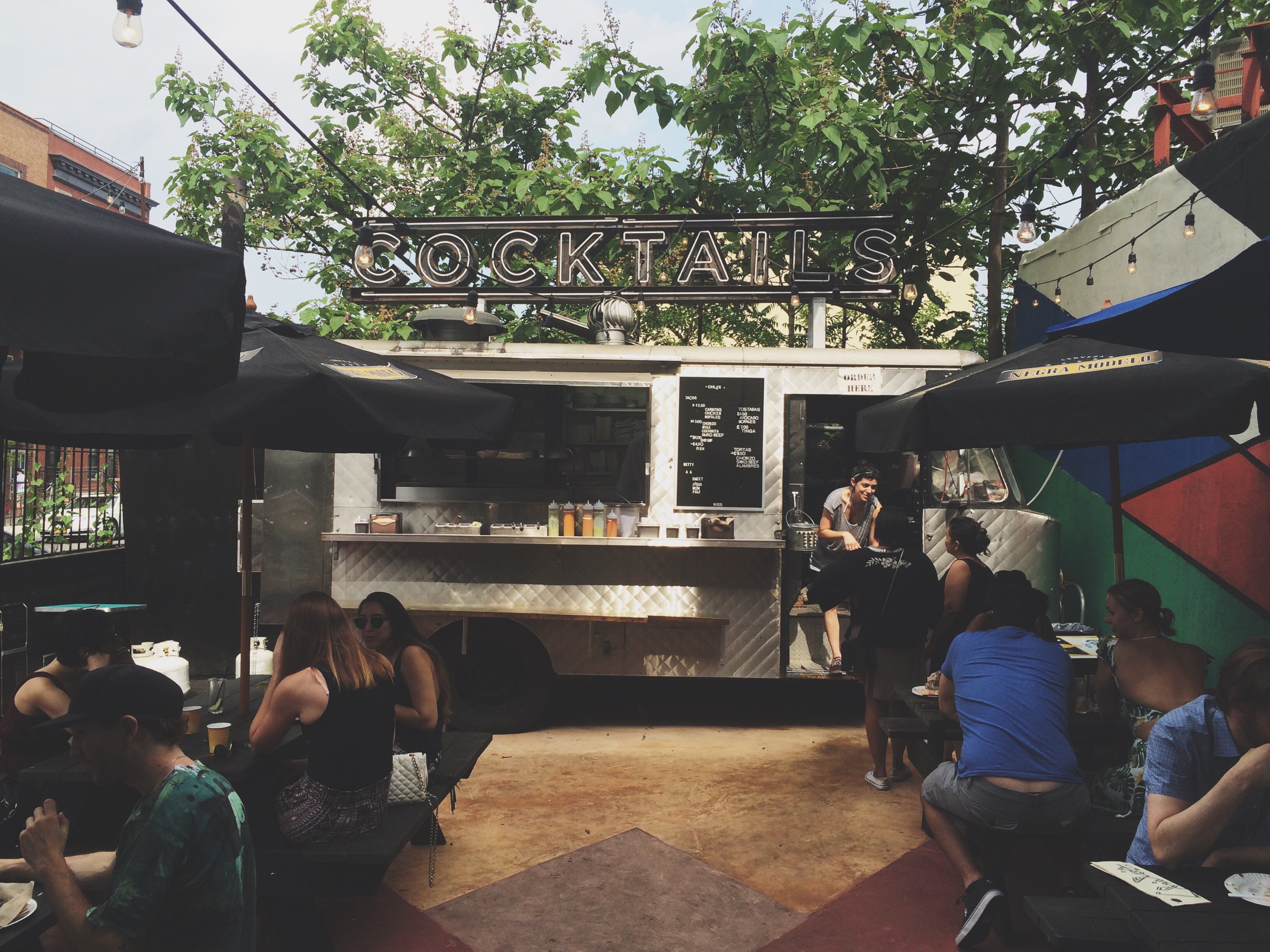 Sunday chilling at this new spot in Bedstuy, Brooklyn – Chilo’s, a great bar – with both indoor and outdoor seating. It felt more like being in Berlin than in Brooklyn. The truck here also served tacos to the drinks and beer drinking people. 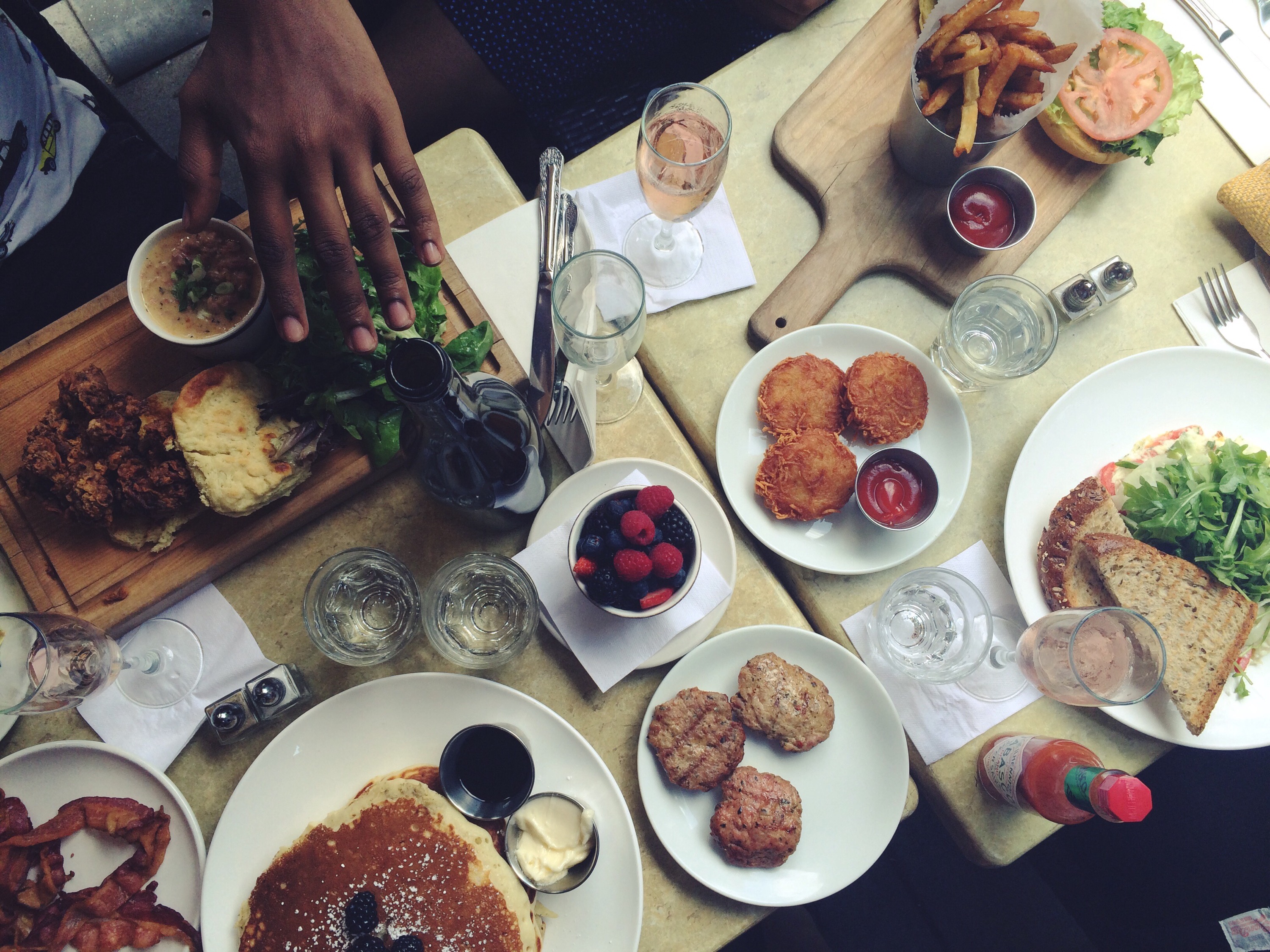 Hangover heaven brunch at Putnam’s in Fort Greene, Brooklyn. We woke up all feeling very hungover, so we decided a walk would do good. We walked to this café, and literally had their whole brunch menu. Like the waiter said when she came to clean up, and we hadn’t finished half of the food: “eyes are bigger than the stomach”.  But good it was! 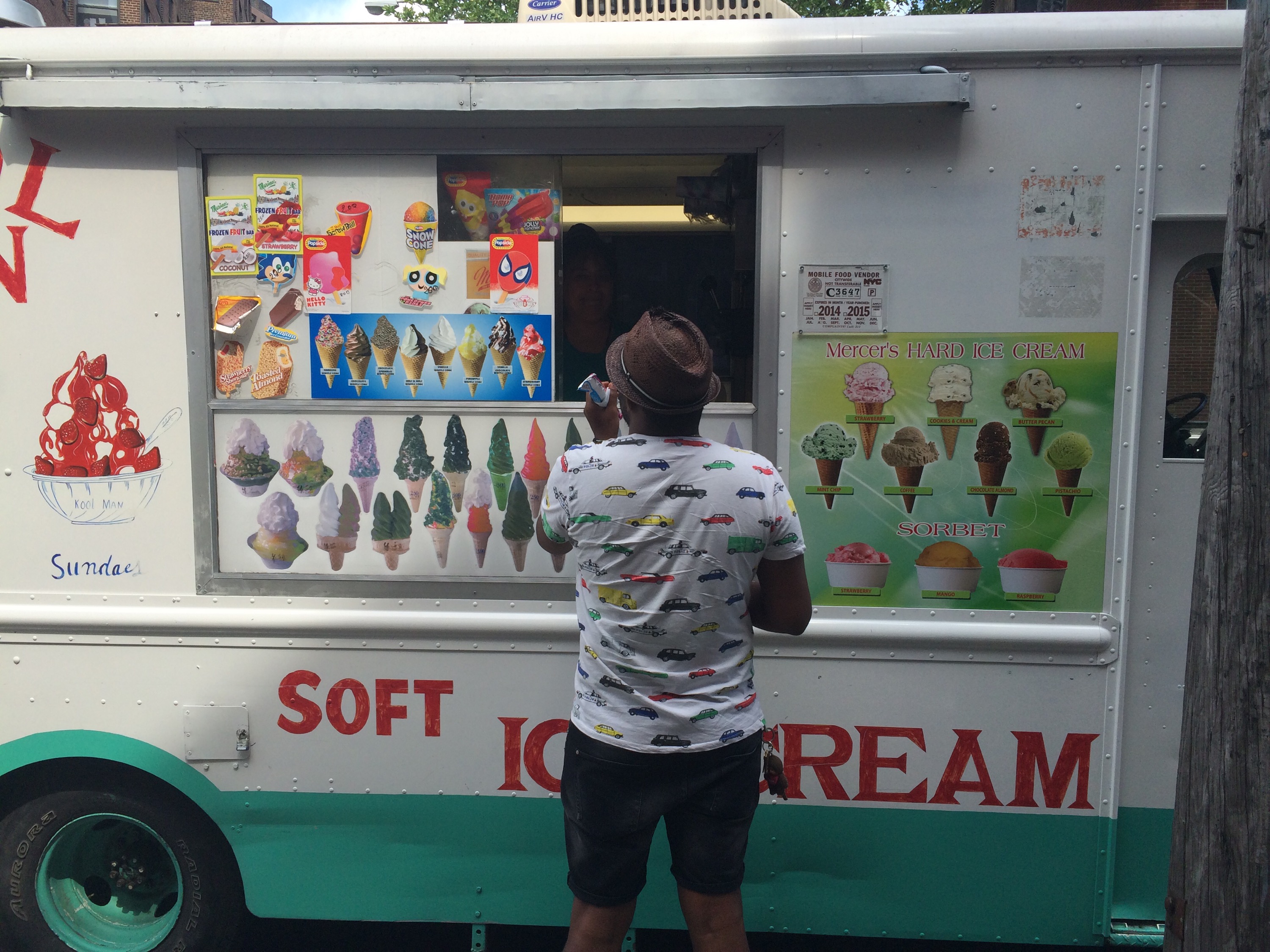 Walks around Brooklyn. We stumbled upon this ice cream car and my boyfriend had to get one. 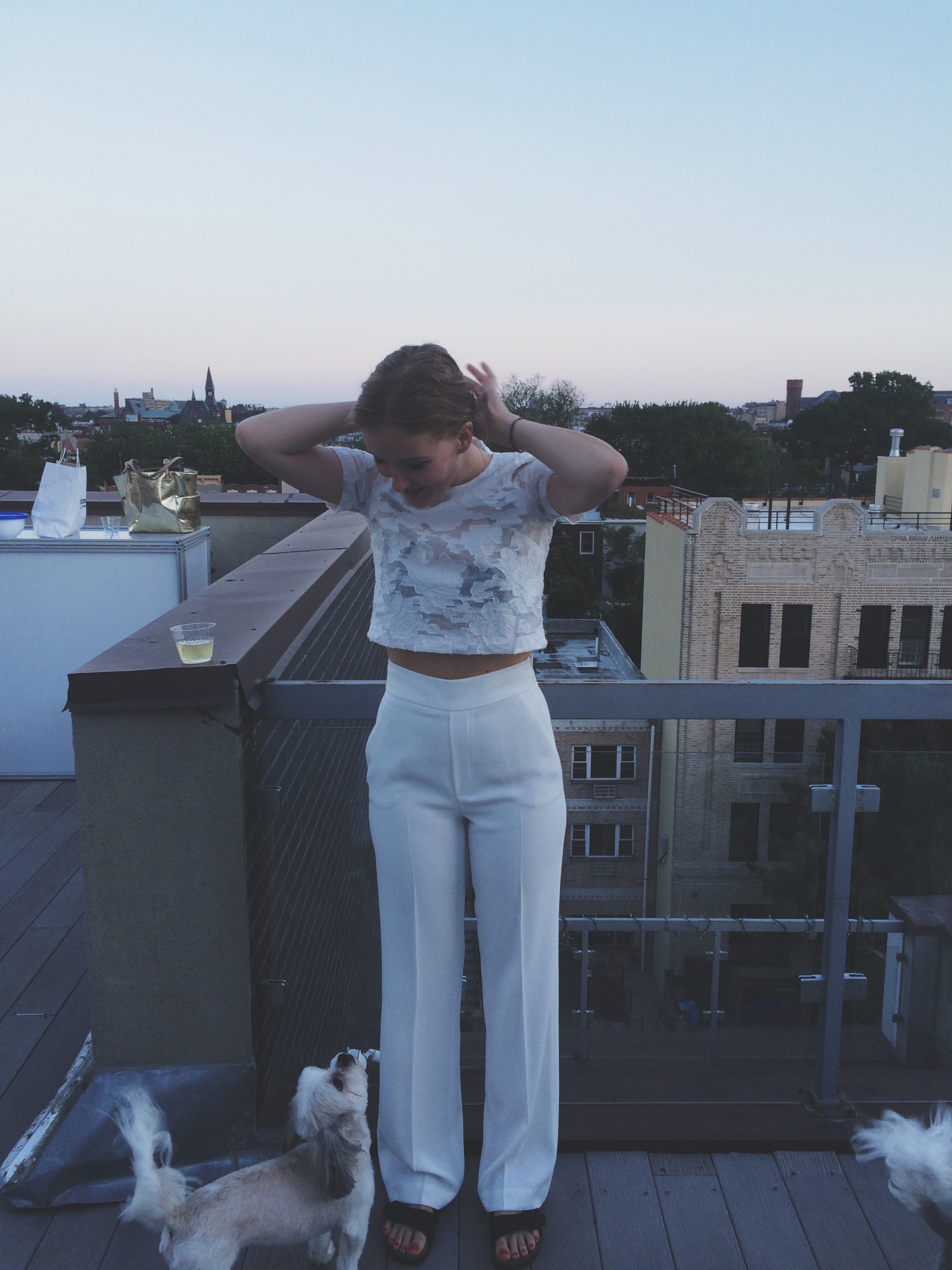 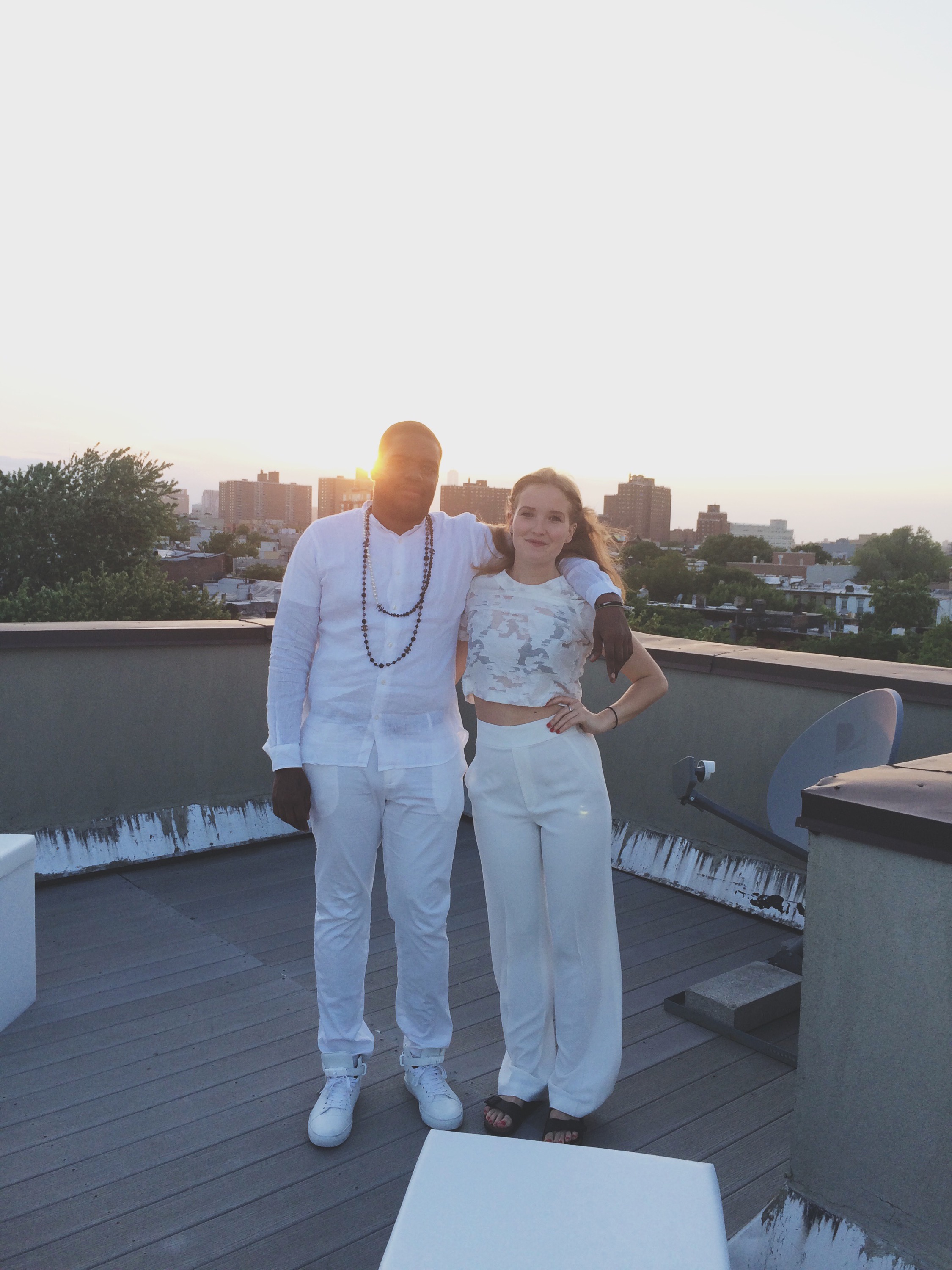 Last Saturday my boyfriend had a big party on his roof. The theme was white party, so everybody wore white. My boyfriend specifically said that if anybody were to not obey the dress code they would be thrown off the roof, and everybody showed up wearing white, so his warnings worked, haha! We had an amazing night with dance, good talks, amazing atmosphere, happiness, and lots of champagne. 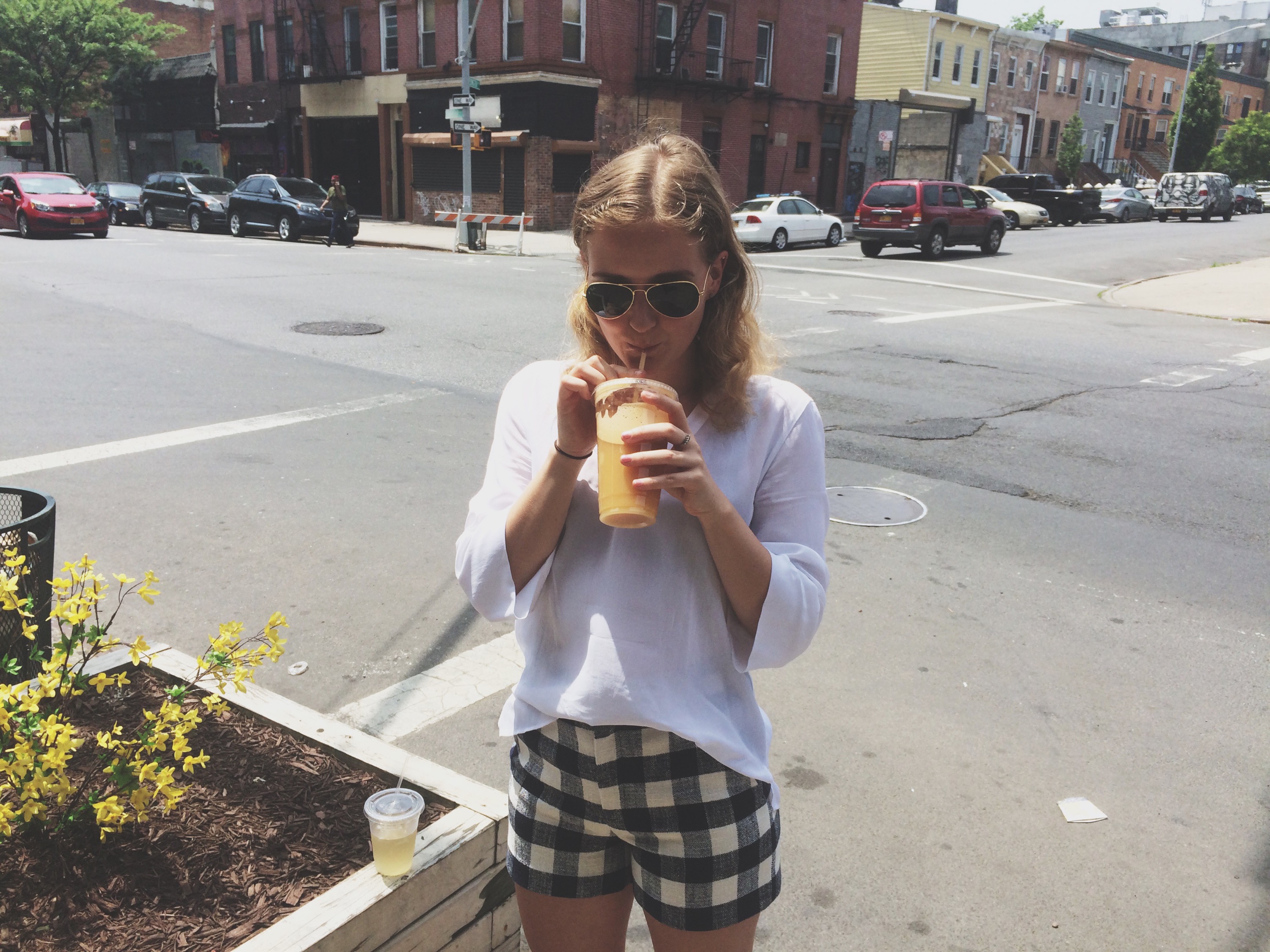 Since we don’t have our own juicer here in Brooklyn like we do in Berlin, we have to go out to get fresh juices here. Luckily there is a place selling all sorts of juices and smoothies right around the corner from my boyfriend’s apartment. 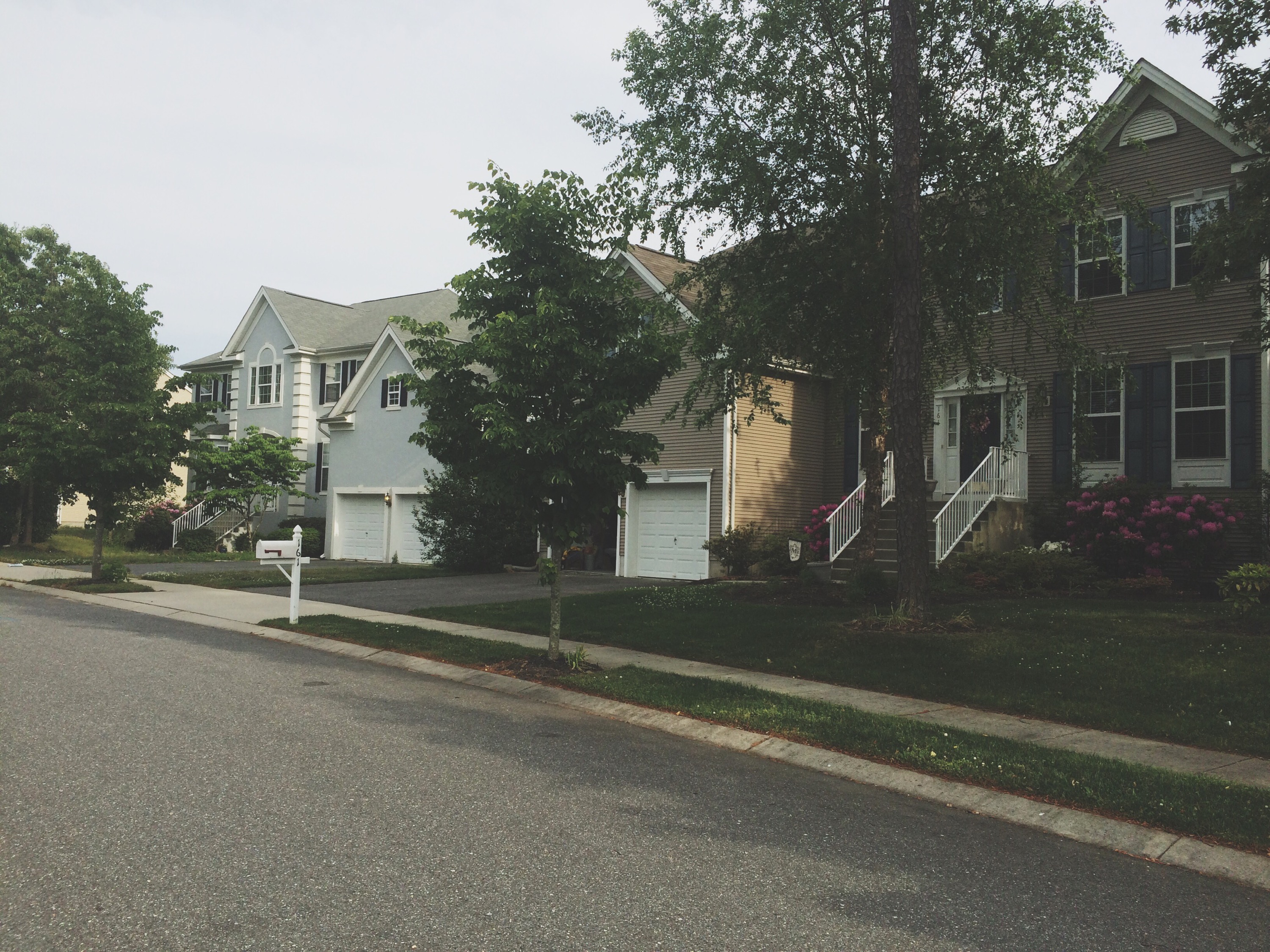 Last week we took a day trip to New Jersey first of all to visit a family friend of my boyfriend’s. It was a beautiful drive there, and there is just something about American suburban areas, the cute cardboard houses that look exactly like the ones you see in movies. It also reminds me of my time when I lived in Maryland. After spending some time with the family friend, we continued to Atlantic City – just for the experience. Atlantic City is like a tiny, beach version of Las Vegas – filled with casinos. We went to Taj Mahal and Caesar’s Palace, and it was my first time being in a casino. I found it very interesting and very sad seeing all those people sitting in front of machines, completely zoned out only focussing on the game and pushing one button, while the machine just swallows their money.